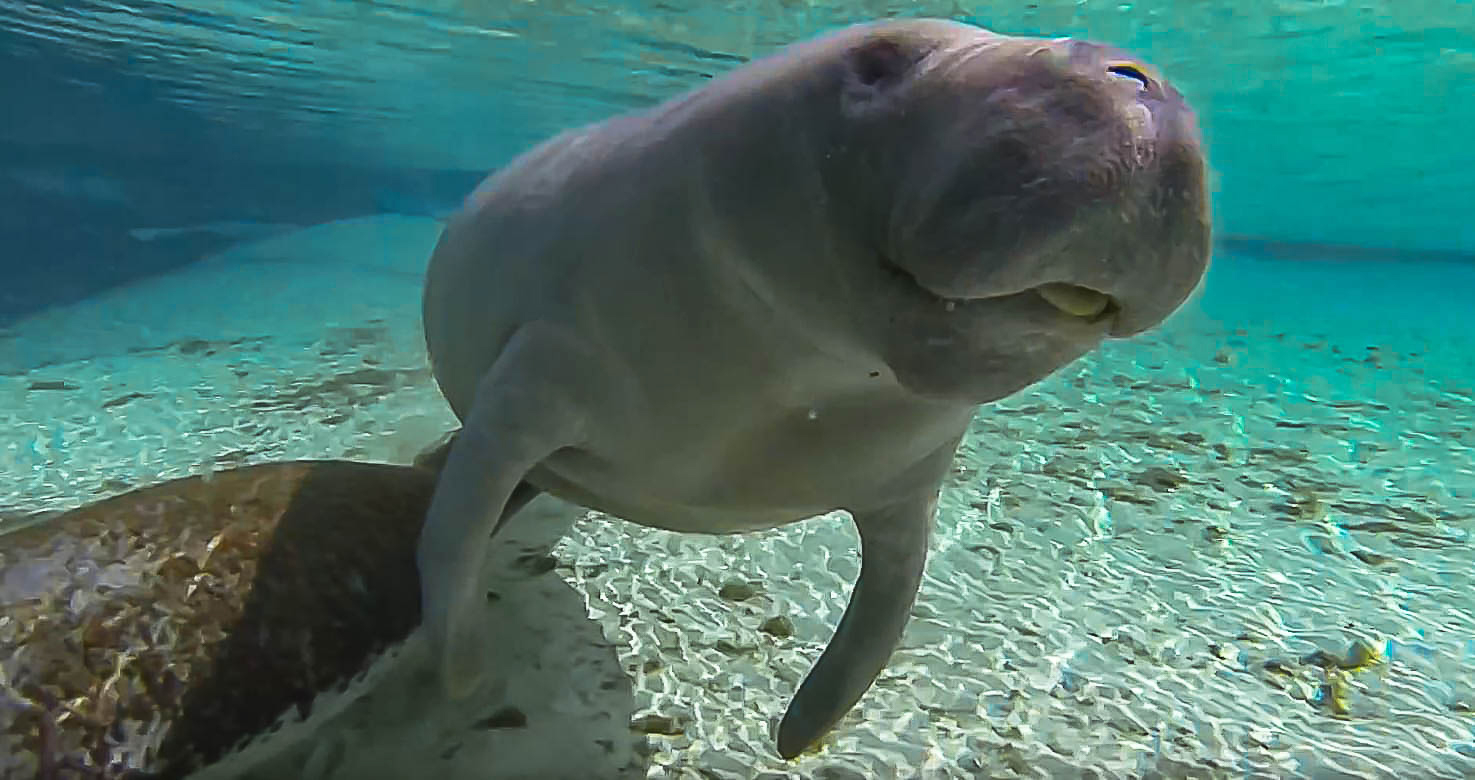 Marching Molars and More About Manatees

Manatees are more than seagrass munching marine mammals; they are iconic, beloved symbols of natural Florida. View them in Florida’s Adventure Coast waterways, particularly during cooler times of the year.

Because Florida manatees swim in both salt and fresh water, you can often catch sight of them from shore. Bayport Park, Jenkins Creek Park, Linda Pedersen Park and Rogers Park are all likely spots to see manatees in their natural habitat.

Wild manatees are even known to share the stage with Weeki Wachee Springs Mermaids from time to time. As the Gulf of Mexico water cools with seasonal air temperatures, manatees seek warmer shallow waters and locations in or near springs.

Graceful in a rounded, flippered way, these slow-movers spend their time in shallow estuaries and rivers. Often swimming, floating or breathing near the surface, they are well-camouflaged so observing slow boating speeds in coastal Manatee Zones is vital for protection of this threatened species.

Slow and placid herbivores, manatees are also known as sea cows. Despite their name though, they are more closely related to elephants.

Some Other Little-Known Facts About The Marvelous Manatee Include:

They have a typical lifespan of 40 to 60 years in the wild.

All that chewing is tough on teeth, so they have marching molars. Manatee teeth are continuously replaced from back to front as they grind down throughout their lifetime.

Spending about half of every day eating their watery salads, means they consume about ten percent of their – up to 1200 pound – body weight daily.

Manatee mothers typically have one calf every two to five years, with the calf nursing from under Mom’s flipper for two years.

Besides Mom-and-calf pairs, manatees often swim alone or in pairs. They are not territorial so on occasions when groups are seen together, they are referred to as an aggregation or mating herd.

Bones in manatee flippers are similar to those in human hands. X-rays reveal finger-like bones within the flipper, which helps the manatee move through the water, bring food to its mouth and hold objects.

Air-breathing mammals, manatees typically poke their nose up for air every few minutes. But if they are resting, they can remain under water for up to 15 minutes.

Manatees are protected by the Manatee Sanctuary Act, which states that it’s against the law for “any person at any time, by any means, or in any manner intentionally or negligently to annoy, molest, harass or disturb or attempt to molest, harass, or disturb” these endangered animals.

And while manatees have no natural predators, they are threatened by habitat encroachment, toxic red tide and boat propeller encounters.

Observe safe, slow speeds in shallow waters when boating, especially in designated Manatee Zones. These well-camouflaged animals spend a lot of time near the surface. Watching for them vigilantly and wearing polarized sunglasses are helpful when on the water.